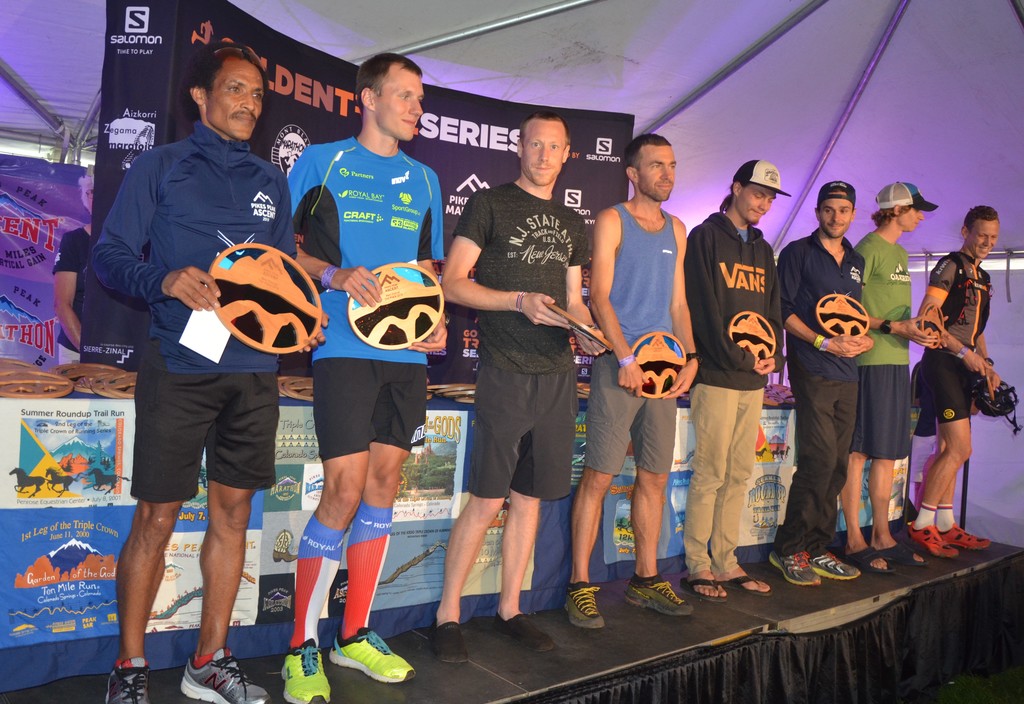 Azerya Weldemariam is relieved that he set the pace to Barr Camp in Saturday’s Pikes Peak Ascent, the annual run to the top of America’s Mountain.

When Weldemariam reached Barr Camp – normally just past the halfway point of the Ascent – the gritty 39-year-old trail runner learned he was the winner of the prestigious race, which had been shortened to about 7.6 miles due to predicted inclement weather at the summit.

“When they stopped us, I was confused,” Weldemariam said. “They said the race was over; that was a surprise to me. My goal was to run to the top and be first.” 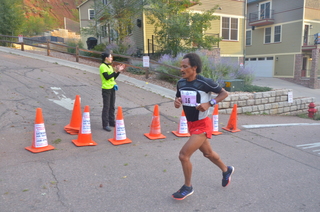 He was warming up not too far from the starting line after arriving an hour before the race’s 7 a.m. start time, but never heard the news about the race being altered.

A native of eastern Africa, Weldemariam has lived in Colorado Springs for a little more than two years. He has a working grasp of the English language, but is less than fluent.

“I talked to him after the race and he didn’t realize we were stopping (at Barr Camp),” said Great Britain’s Alex Pilcher, who finished third. “He was pacing himself, so he could’ve gone faster.”

Weldemariam figured he had almost six miles remaining in the climb to the summit that challenges runners with a 7,815-foot elevation gain over the course of 13.32 miles. But with weather at the summit threatening safety of the runners, the race course was altered for the first time.

Weldemariam agreed with the call.

Weldemariam is a native of Eritrea, a northeast African country on the Red Sea coast. A strong uphill runner, he first ran the Ascent in 2014 and finished second. He has “doubled” by racing in the Ascent and the Pikes Peak Marathon on consecutive days each of the last two years. He will also run Sunday’s Marathon.

He expects to win the Triple Crown series, which includes races where he was fourth in the Garden of the Gods 10-mile run in June and winner of the Summer Roundup Trail Run half marathon at Cheyenne Mountain State Park in July.

He was sixth in the Ascent last year and fourth in the Marathon.

As first-time participants, Fejfar and Pilcher were more disappointed than the champion that the race was shortened, although neither figured to catch the winner.

“(Weldemariam) is very experienced here and is used to the altitude,” said Pilcher, 33, whose highest training usually comes at 3,000-foot elevation. “I felt (the effect of) that altitude, and knew I would.”

Wacker was leading the race through “three or four kilometers,” Fejfar said, but developed troubles and “puked up,” Pilcher noted.

Wacker led Weldemariam by 18 seconds when they reached Hydro Street, with the eventual winner clocking 7:39 at that point, just one second behind legendary Matt Carpenter’s time at Hydro Street when he set the Ascent record of 2:01:06 while running 3:16:39 to win the 1993 Marathon.

Pilcher, who said he “is more of a 10,000-meter runner,” figured the shorter race “probably played to my strength.”

It also forced runners to alter their race strategy.

“Psychologically, you set yourself up for a challenge (of reaching the summit) and you have to change structure to go out faster,” he said. “It was anticlimactic. I haven’t been to the top, but I’d been to Barr Camp since I got here a week ago.”

Fejfar had spent the night at Barr Camp earlier in the week and run to the summit, but he was just as disappointed that weather forced the change in distance.

Fejfar will spend next week training in Boulder, before returning to his hometown of Vrchlabi. He said this trip cost about $5,000 – some of it covered by sponsors, including Inov-8, who also sponsors Manitou Springs’ Pete Maksimow, whom Fejfar stayed with this past week.

The 29-year-old Czech said he will write about his Ascent experience for Run magazine in his country, along with a few websites and his Facebook page.

Both Fejfar and Pilcher said they plan to return next year and run the Ascent again.

“I will take the shuttle up (later) today and see this famous road (to the summit),” Fejfar said about an hour after finishing the race. “When I ran to the top earlier this week, I was surprised by the railway station and the big parking area. I went to sleep last night dreaming of running all the way to the top. Maybe next time.”