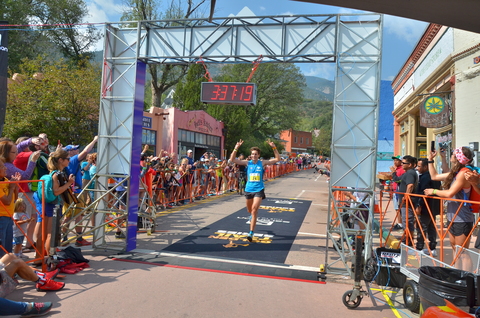 From the Pikes Peak Marathon

Changes are coming to Pikes Peak Marathon Inc. and its family of races in 2019.

Here are the highlights.

The Pikes Peak Ascent and Marathon will be held on Aug. 24 and 25 next year, one week later than the traditional weekend. There are several reasons for this change.

“The safety of our runners is always our first concern,” says Pikes Peak Marathon and Ascent Race Director Ron Ilgen. “Though we’re moving the race date by only a week in 2019, the chances of unfavorable weather are reduced. And we’ll continue to access the possibility of moving to a permanent date in September.”

The Barr Trail Mountain Race date moved back one week.

“We felt it was important to provide some time between our races,” Ilgen says. “In previous years, the Summer Roundup and Barr Trail Mountain Race fell on consecutive weekends. We think this will give runners a better opportunity to compete in both, and it gives our race staff the chance to recuperate and get organized between events.”

Race registration for all events opens on Jan.1, 2019.

Celebrate the New Year and set some race goals with us!

“We realize that runners make their plans and begin training early in the year, and it’s a competitive market with many great races on the calendar,” Ilgen says. “We think our events and race courses are some of the best in the U.S. We want to give our customers the chance to sign up early and begin their journey to the beautiful Garden of the Gods and the challenge of Barr Trail and Pikes Peak.”