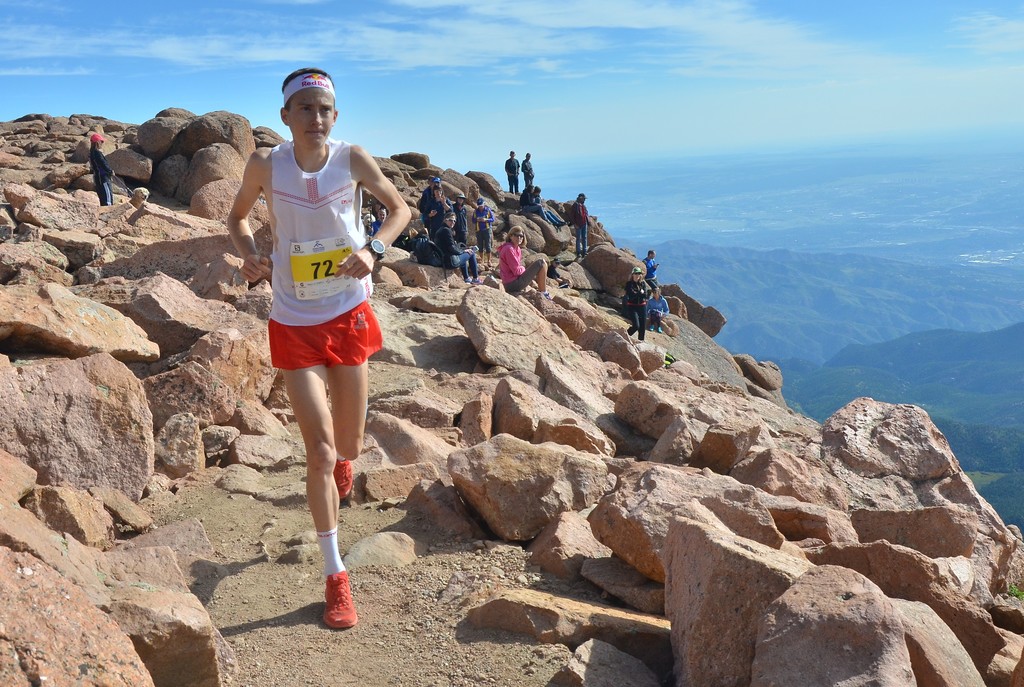 Rémi Bonnet learned how difficult it can be to chase a record even as he cruised to victory in the Pikes Peak Marathon on Sunday.

The 22-year-old native of Switzerland had never run a marathon but bested a talented field on America’s mountain by nearly 12 minutes while finishing in 3:37:08.

Still, Bonnet’s first goal was to eclipse the record for fastest time up Pikes Peak. That mark of 2:01:06, set in 1993 by 29-year-old Matt Carpenter, appears almost unbreakable. His next goal was to best the marathon record of 3:16:39, also set by Carpenter in 1993.

Bonnet laughed as he marveled at Carpenter’s accomplishment.

“I was really trying to break the Ascent record but I saw I wasn’t going to do it, so I saved something for the downhill,” Bonnet said. “When I reached the summit, I saw the (marathon) record wasn’t possible, so I didn’t push it so I’d better recover for futures races.”

He’s sponsored by Salomon and Red Bull and said running Pikes Peak and a 27-kilometer race in Montana in three weeks afforded a great opportunity to see parts of the United States.

What other runners saw during the marathon was Bonnet’s back as he pulled away quickly. Darren Thomas, 23, of Steamboat Springs, finished second – one spot better than last year – in 3:48:56. Bonnet reached the summit in 2:16:34, well ahead of Thomas, who posted 2:23:16.

“I lost contact in the beginning,” Thomas said. “I was with him the first mile or so.”

Bonnet said he grabbed the lead “directly. I like to take control of a race when I feel good.”

He had come to Colorado Springs about 10 days before race weekend and was sleeping at Barr Camp.

“I wanted to get acclimated,” he said. “We trained by running to the summit.”

He trained with Jan Margarit, a friend from Spain who finished fifth in the Ascent on Saturday. 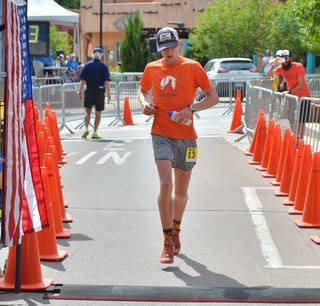 Thomas figured to catch Bonnet on the downhill portion of the race but the Swiss runner posted the fasted descent time of anyone (1:20:33), and 5:07 better than Thomas.

“I’d heard of (Bonnet) before but didn’t know he’d be here,” Thomas said. “I knew his uphill is maybe the best in the world, so I was planning on catching him on the downhill. I had a decent second half but struggled with the heat a little bit.”

Carlos Ruibal was third in 4:00:11. The Del Norte, Colo., native said, “Mentally and physically, this is a tough race. No matter how good of shape you’re in, it hurts.”

Bonnet echoed that sentiment while pointing to his side.

“I got points the last five miles and it was hard to keep running fast,” he said. “It felt like a knife stuck in me.”

Azerya Tekay Weldemariam, a 38-year-old native of Eritrea, Africa, who lives in Colorado Springs, was fourth in 4:05:04. Brent Kocis of Denver was fifth in 4:12:14.

Bonnet said he was injured much of 2016 and this was his first big race in a couple of years.

“This is my comeback,” he said with a smile. “I’m really happy to win here. The people are so good to you here and the support is great.”