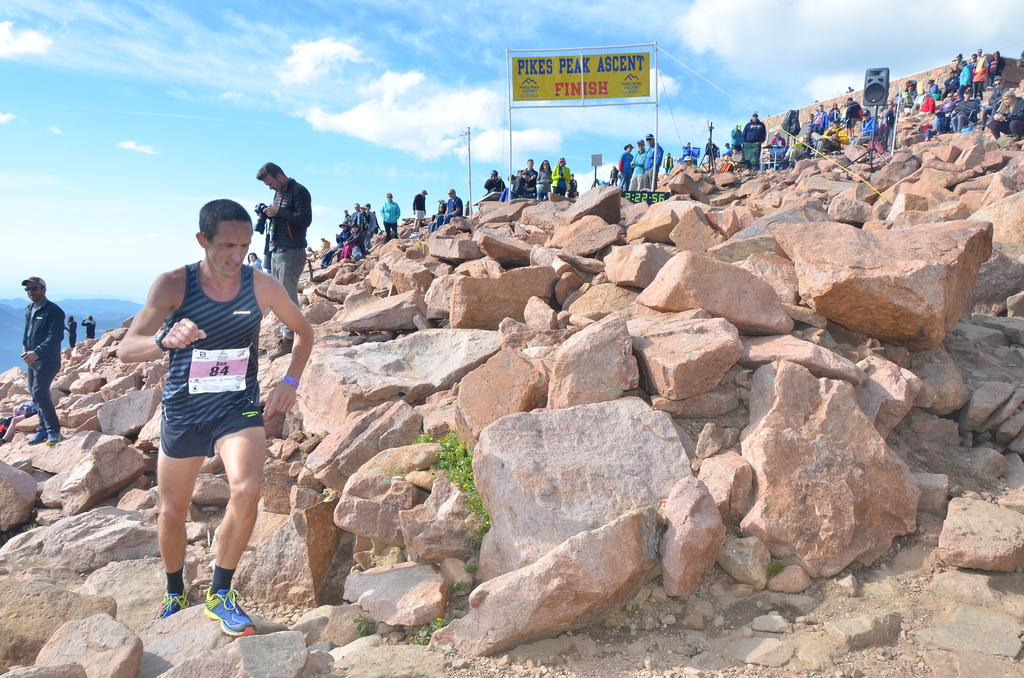 Ben Payne and his buddy, Colorado Springs native Matt Williams, represented the Air Force in superb style as each competed in his first Pikes Peak Ascent on Saturday.

“Ben and I were training partners for about four years when we were part of the (Air Force’s) World Class Athlete Program,” Williams said. “Both of our lives are changing, so we decided to do this race together.”

They're also members of the Pikes Peak Elite team.

Williams, a physical therapist in the Air Force, is being transferred next month to a base near Raleigh, N.C. Payne’s life changed dramatically seven weeks ago when he and his wife, Erin, celebrated the birth of their son, Palmer.

“Family is more of a priority than running now,” said Payne, 37. “Running is still a part of my daily life; it keeps me sane and healthy and energized.”

Payne, 37, won the prestigious 2015 Bolder Boulder citizens race, and the Arvada, Colo., native said that “was a treat. I’ve been running that race since I was a little kid growing up in Broomfield. That was one for the bucket list.”

He competed in the United States Olympic Trials marathon last year, where he finished 17th in a personal best 2:18:37, five minutes and 37 seconds behind the third qualifier for the Rio Olympics. He improved his personal best marathon time to 2:15 at the New York City Marathon in November.

A major in the Air Force, he flies C21 Learjets in the National Guard’s 200th Airlift Squadron.

As Payne spoke, Williams’ father walked by, wearing an Air Force Academy hat. He handed donuts to Payne and his wife.

While eating the donut made at the Pikes Peak Summit House, Payne said, “This is half the reason I did the race.”

He said the Ascent was harder than he expected.

“Altitude was the biggest thing,” he said. “I was trying to recover and it was worse each mile we went. I just tried to do a step at a time. It was a beautiful day, so I tried to look around. When you’re above the tree line, the view is incredible.” 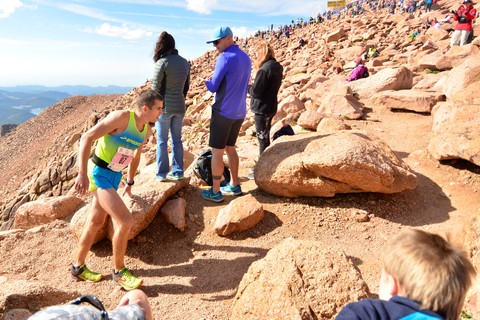 Williams, 30, attended the Air Force Academy after Payne and he also ran for the cross country and track teams. Williams is a 2005 graduate of Air Academy High School in Colorado Springs. As a senior, he finished second in the state cross country meet. He was the AFA's top cross country runner as a senior in 2009.

Of the Ascent, Williams said, “It was awesome. It was so much fun. I loved it.”

Still, he said, the race was challenging.

“It was brutal,” he said. “It’s so much different from any other race, so it’s hard to plan. I felt great at Barr Camp at about six miles, but two miles after that my legs got really fatigued. That surprised me because Ben and I did workouts up at the top – interval training where we’d do classic 3-2-1s.”

For training, they would drive to the summit, run three miles down the mountain and back up, run two miles down and up, and then one down and back. Then they’d drive home.

“I felt pretty good when we did the intervals,” Williams said, “but it was a different story when you add the six miles to Barr Camp at the beginning. I ran conservatively but I should’ve been more conservative. I was fifth at Barr Camp and ninth at the end of the race. My hamstrings started cramping at eight or nine miles and that was frustrating. I felt like I had another five or 10 minutes in the tank but I couldn’t push it because of my hamstrings.”

“I’m so grateful to be able to do this epic race,” he said after posing for pictures with Payne. “It was a great day.”