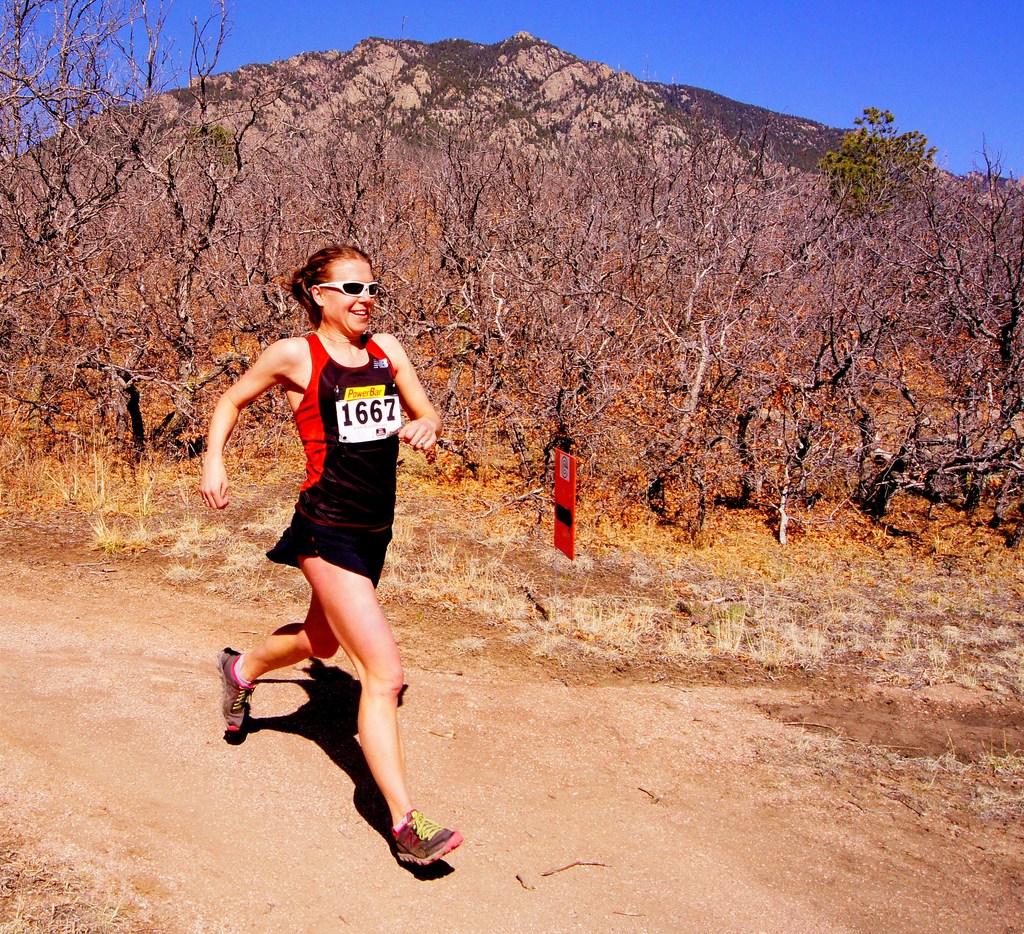 She made the decision there to tell the world that she's going to have a baby.

"I haven't told all my friends and family this yet, but I'm three months pregnant, so really today's goal was just to run comfortably and to be out there and enjoy the trails," she said.

Erholtz - and baby - covered the twisty and sometimes technical singletrack course in 2:05:59. She and husband Matt are expecting to welcome their first child into the world in early November. Though she ran powerfully, her days of competitive running are over for this year. She plans to enjoy running and exercising.

"Actually it will be good for me, because I kind of get uptight sometimes, so it's going to teach me to relax a little and just run with it and be a part of the atmosphere. So you'll be watching me slow down as the next few months come along."

But she isn't going to write off competitive running. She has goals for 2014 and plans to maintain some conditioning through her second and third trimesters.

"I'm actually reading a book right now about exercising during pregnancy and they say a lot of women can come back stronger if you can maintain a pretty solid level of fitness during."

The couple has listened to their baby's heartbeat, but they don't want to know if they're having a boy or a girl.

"We don't get that many surprises any more, so we're just going to wait and see what God gave us," she said.

Erholtz may want to consult with Connilee Walter, 40, of Colorado Springs, the mother of five kids who placed second in the 25K with a time of 2:13:48. Kayli Tabares, 13, placed third.

There were plenty of surprises on the twisting trails beneath Cheyenne Mountain.

Colorado Running Company runners Alex Nichols and Amanda Ewing both delivered course records in the 50K. Nichols, who had been sick since Tuesday had to convince himself to crawl out of bed to run. "I wasn't even sure if I was going to be able to start the race this morning," he said. "Yesterday I was still feeling pretty sick."

Nichols and Colorado Springs ultra runner Jason Koop ran shoulder to shoulder for 15 miles before Nichols pulled away with about 10 miles to go. Nichols, 27, of Colorado Springs, finished in 3:51:06, breaking the old mark of 3:57:35, set by Ryan Burch in 2012.

Dane Mitchell, 35, of Boulder was second in 3:59:03. Koop (34, Colorado Springs) said he felt great through 15 miles, but suddenly lost all of his energy. He bravely gutted-out a third-place finish.

Ewing isn't known as an ultra runner. She once attempted 50 miles, but dropped out.

"This is the first time at this distance, so I just wanted to have fun, finish and be happy with it," she said.

She took an early lead - had a mild panic attack when she failed to get her favorite food at the halfway point, but "I just tried to regroup and run my race. And coming down out of the hills I kind of got a second wind and looked down at my watch and thought, wow, I might be able to break five hours."