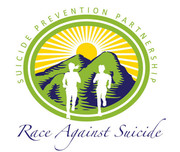 Export to Outlook or iCal (.ics)

Please plan to participate in the Race Against Suicide, a fund raising event for the Pikes Peak Suicide Prevention Partnership at 9 .am. Sunday at El Pomar Youth Sports Park.
Runners can choose two distances, 15K and 5K. There will be also be a 5K walk.
Register at the Colorado Running Company (833 N. Tejon St.) 9 a.m. to 6 p.m. Friday, Sept. 23, and 9 a.m. to 6 p.m. on Saturday, Sept. 24. Runners can also register at the event beginning at 8 a.m.
The mission of Suicide Prevention Partnership is to unite the community in addressing suicide throughout the Pikes Peak Region with education, intervention and postvention.
Some facts about suicide in Colorado: In 2009, 172 people died by suicide in El Paso County, ranging from 12 to 88 years of age.
Suicide is the third-leading cause of death for teens in the nation but continues to be the second-leading cause of death among Colorado Teens.
El Paso County continues to have one of the highest numbers of deaths by suicide a year compared to other counties in Colorado.

RSVP for Race Against Suicide to add comments!